How to Quickly Treat worms With Natural and Straight Options?

Piperazine is a drug that is used to cure roundworms and pinworms, among other things. Piperazine is an organic molecule that consists of a six-membered ring that contains two nitrogen atoms that are in direct opposition to one another. Piperazine was initially utilized as an anthelmintic agent in 1953 when it was discovered that it could be used as a uric acid solvent. The medication is partially oxidized and partially removed as an unaltered molecule once it enters the systemic circulatory systemic circulation.

Despite Piperazine's exceptional ability to dissolve uric acid and produce soluble urate outside the body, it is not as effective in clinical trials, according to the literature. Piperazine was originally used as an anthelmintic in 1953, and it is still in use today. When used as an anthelmintic, piperazine compounds work by typically paralysing parasites, enabling the host body to remove or expel the invading organism with relative ease.

In a bacterial test, piperazine and its salts did not cause any point mutations to occur. After conducting a series of in vitro and in vivo mutagenicity experiments in cells, it was determined that they did not have any indication of having any mutagenic impact. They did not cause an increase in the incidence of chromosomal abnormalities in vitro tests, and they did not have mutagenic effects in the Ames assay. The induction of micronuclei in the mouse was not shown in an in vivo micronucleus test.

As an alternate therapy for ascariasis produced by Ascaris lumbricoides (roundworm) and enterobiasis (oxyuriasis) caused by Enterobius vermicularis, this medication is effective (pinworm). Furthermore, it is used in the treatment of partial intestinal blockage caused by the common roundworm, a disorder that is most often seen in children and adolescents.

Piperazine hydrochloride is used as a one-day wormer for the management of roundworms in poultry, pigs, and horses. It may be administered in either water or feed and is effective in all three species. Small strongyles in horses will be controlled as well as nodular worms in pigs and horses.

Piperazine does not produce any adverse effects in the majority of people. The presence of mild gastrointestinal problems is possible; neurotoxicity is very infrequent. After sensitization, it is possible to develop eczematous skin responses, lacrimation, rhinorrhea, joint aches, productive cough, and bronchospasm, particularly if the exposure is occupational. There have also been reports of urticaria.

It is recommended that if hypersensitivity responses occur, the medication be discontinued and not taken again in the same patient. Mononitrosylation of piperazine may occur in the stomach, generating the potential carcinogen N-mononitrosopiperazine, however no clear evidence of a link to cancer in humans has been shown to this point.

Production in the industrial sector

A co-product of the ammoniation of 1,2-dichloroethane or ethanolamine results in the formation of piperazine. These are the sole techniques available to get the chemical that is utilized in commercial applications. The piperazine is removed from the product stream, which also includes ethylenediamine, diethylenetriamine, and other similar linear and cyclic chemicals of this kind as well as other associated linear and cyclic chemicals of this kind. Piperazines are also employed in the production of polymers, resins, insecticides, brake fluid, and a variety of other types of industrial goods.

Piperazine hydrochloride manufacturers adhere to the principle that the processes it creates should be entirely environmentally benign and should not have any consequences that would be detrimental to the ecological balance of the environment. Establish them as a market-leading business by offering a comprehensive range of services in drug intermediate development and manufacture.

We have state of art research, manufacturing, quality testing, and training infrastructure. We are equipped to provide quality pharmaceutical intermediates and custom chemistry services to our customers. 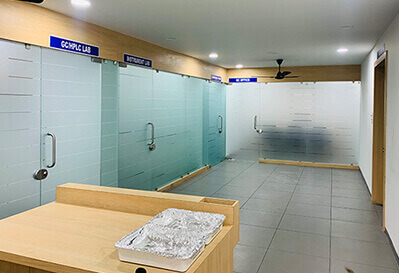